In depth interview: How San Francisco became the first zero-waste city in America

In the lead up to the 4th annual Waste Strategy Summit, being held at the Crowne Plaza Sydney, Darling Harbour 08-10 March 2022, we asked our international keynote, Soko Made, what challenges the City of San Francisco faced when creating a citywide zero-waste culture.

Zero-waste doesn’t mean no waste is produced. What were the key focus areas the City of San Francisco focused on initially to remove upstream waste landing in landfills?

A zero-waste goal acts as a guiding principle for San Francisco to eliminate waste and pollution in resource and materials management by promoting: redesign of manufacture, recycling of materials, extended producer responsibility, valuing the highest and best use of materials, and creating a whole system closed-loop material cycling based economy for long term true sustainability.

Over the past 20 years, San Francisco's zero waste goal has driven tremendous policy and program progress.

Breed at the 2018 Global Climate Action Summit and featured two pledges. These pledges build on San Francisco's progress and get more deeply at what zero waste is all about.

One of the key steps towards re-educating your community was to put market incentives on environmentally hazardous waste products like single-use plastic bags. How did the community react to banning some items and having to pay for others?

The community was not a problem. The community generally supports our ordinances. It was industry that fought us when we tried to pass previous ordinances. They went as far as to pass State bills to pre-empt the City and even sued the City. However, we eventually prevailed and continue to have progressive policies that support our zero-waste goal.

In your role as City Government Zero-Waste Coordinator, you’re tasked with increasing awareness of San Francisco’s zero waste programs. How has community awareness helped to increase the reduction of food waste heading for landfills?

We have always had an environmentally aware population and have always had some food recovery system, be it waste reduction, donation of edible food to organizations, feeding animals, and composting in community gardens. Commercial or large-scale composting was just the next level to expand the program citywide. The Mandatory Recycling and Composting Ordinance significantly increased our composting collection within a month of implementation just by citizens knowing it was a requirement and through our extensive outreach and education.

San Francisco took a combination approach to achieve its zero-waste targets. Can you give us a quick overview of some of the key challenges you faced and how they were overcome to keep the program on track?

San Francisco is a densely populated, multicultural, multilingual, and transient city, so informing everyone about the ordinances and educating everyone on complying is often challenging. We have and continue to conduct multilingual, photo-rich outreach and education of all types, including presentations and door-to-door outreach (currently virtual or on hold due to the pandemic), school education, and social media campaigns. Because more than half of the city lives in apartments, trash chutes and space constraints pose a big challenge. Apartment dwellers often must walk recyclables and compostables down to the basement or garage. However, City policy now requires new apartments to provide equal convenient access and if chutes are used there must be three separate chutes or a 3-way chute diverter to accommodate recycling, composting, and landfill-bound material. For apartment buildings, it required a considerable amount of time and energy to identify the key people and convince people about the composting collection. We also had to counter misconceptions about composting programs by encouraging staff to overcome the fear that composting food scraps will attract insects or smell bad.  We explained that people could use compostable bags (certified compostable plastics or paper) to keep their bins clean.  Additionally, we reminded them that they were always generating that "smelly" food and are simply now required to put it in a different bin.

Recycling and repurposing play an integral role in most modern-day waste strategies. How prepared was the City of San Francisco at the launch of the zero-waste program to handle increased volumes of recycling, and what steps did you need to take along the way to ensure waste ended up in recycling and not landfill?

To grow the program, we did several pilots to understand what would work for the City. We went eventually settled on three simple streams with dedicated colour-coded and along with signage toters, dumpsters, or compactors. Comingled recycling rather than single-stream recycling made sense for us due to space constraints. The permitted haulier had to build two facilities (one for composting and the other for recycling) and invest in infrastructure.

Can you give us a rundown on ‘The Fantastic Three’ kerbside waste collection program and its role in helping San Francisco achieve its zero-waste targets?

In the late 1990s, the city’s Department of the Environment (SF Environment) and Recology, San Francisco's sole permitted refuse haulier and processer, developed and started rolling out a three-stream collection system for all sectors. The Fantastic Three program is over 20 years old and forms the backbone of San Francisco's three-stream source-separated resource recovery system. Everyone knows they are expected to use the appropriate bin for their discards.

“ZERO WASTE WAS ALSO ONE OF THE BEST PLANS OF ACTION FOR THE CITY TO REACH ITS SUSTAINABILITY AND CLIMATE ACTION GOALS AND SAVE MONEY.”

What can Australian cities learn from the success of your program, and how should they get started?

Zero waste was also one of the best plans of action for the City to reach its sustainability and climate action goals and save money. Waste reduction, reuse, recycling, and composting conserve natural resources, reduce pollution, are cheaper than disposal when all costs are considered, and create more jobs in local communities.

In San Francisco, we successfully adopted a zero-waste goal to go beyond the State’s 50% recovery mandate for local government while strengthening the State’s highest and best use of materials and zero waste vision and to encourage both producer and consumer responsibility, further engage public-private partnership that cares about the environment, and a sustained investment in outreach and public engagement.  There are four steps that Australian cities can do to get started:

You can hear more from Soko and meet with more incredible leaders at Waste Strategy Summit, being held 08-10 March 2022 at Crowne Plaza Sydney Darling Harbour. 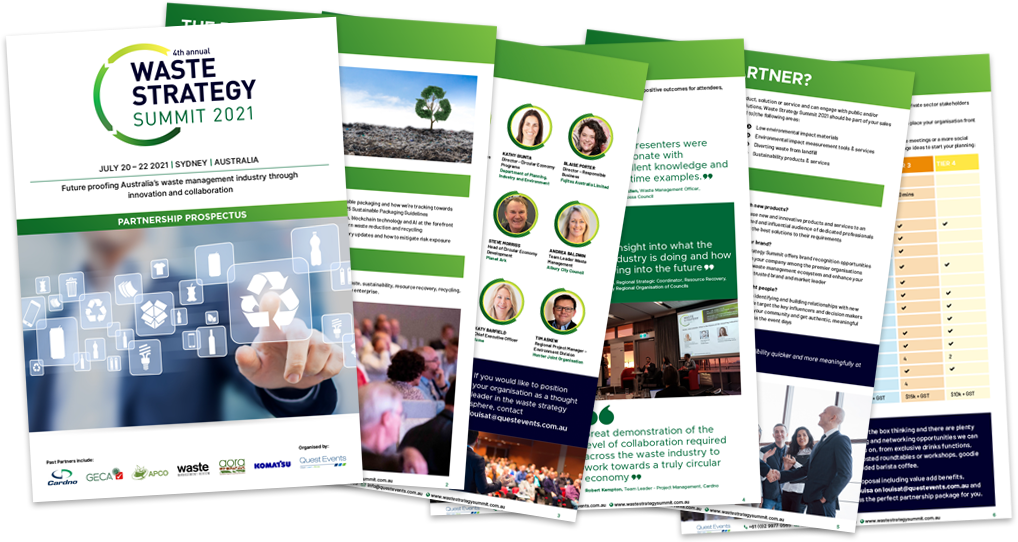